Pick-your-own fruit and veggie farms in the GTA are strong June through August (followed in fall by pick-your-own pumpkins and other gourds). Strawberries and blueberries are the popular pickings in June and July, but you can also pick cherries and peas. Raspberries pop up in July along with sweet corn. Blueberries and raspberries are still available in August and it’s prime time for currants, peaches, peas, and green beans. Mid-month you might also find Ontario fall strawberries, and pear and apple picking begins in late August, weather-permitting.

Always call ahead to plan your visit, to be sure crops are ripe for picking. Check what’s in season with a handy what’s-in-season list from Harvest Ontario.

This family farm in Milton is dedicated entirely to pick-your-own, with 165 acres of fruit and vegetable crops. At Andrews’ Scenic Acres you can pick as early as May, beginning with rhubarb and asparagus, then moving on to strawberries, blueberries, raspberries, gooseberries, sweet corn, elderberries, and currants through the summer. Visit in late August for fall strawberries and in fall for pumpkins. While you’re here, check out the farm market, animal corral, and free hayrides. Milton • 905-878-5807

Brooks Farms, near Uxbridge, has a good variety of crops, including summer strawberries and peas in June, summer raspberries, gooseberries, and red and black currants from July to mid-August, and from mid-August onward there are ever-bearing raspberries and strawberries, apples, squash, and pumpkins. There’s also a farm market, a bakery, and the amazing Barnyard Playland with farm animals, zip lines, a giant jumping pillow, pirate ship, train rides, bouncing ponies, corn maze in the fall, and more. Mount Albert • 905-473-3246

For pick-your-own tree fruits, the 126-acre Cherry Avenue Farms in the Niagara Region is your best bet. The season begins in early July with sweet cherries, followed by peaches, apricots, and sweet yellow plums in late July and pears and blue plums in late August. The farm has a small market and tractor rides. Lincoln, ON • 905-562-5481

Near Brampton, Downey’s Farm Market has pick-your-own strawberries in late June, raspberries in July, and apples in late August. Downey’s has play areas with mini-putt, a giant sandbox, and a wooden play train, plus a Kritter Korral with farm animals. Brampton, ON • 905-838-2990

Get there early in the season: pick-your-own raspberries, red currants, and black currants ends in early August at Hutchinson Farm. They also grow hundreds of varieties of flowers and many types of common and exotic herbs. You can buy (ready-picked) fresh garlic beginning in mid-August. Burlington; 905-335-2515

Linton’s Farm Market is a “u-pick” farm in Oshawa, growing strawberries, raspberries, and pumpkins for picking from June through October. The Kids’ Play Area is an attraction in itself, with a net maze, tricycle track, duck races, tractor tire “tightrope”, corn bowling, and other low-key, interactive games. 571 Raglan Rd. E., Oshawa; 905-655-6338

Strawberries, apples, fall raspberries, and pumpkins are ripe for the picking from July through October at Pingle’s Farm Market near Oshawa. Hop on a wagon ride to the picking fields and let kids loose for playtime on the trike track, giant slide, giant sandbox or in the straw maze, and to pet the farm animals. 1805 Taunton Rd. E., Hampton; 905-725-6089

It’s almost two hours east of Toronto, but if you love blueberries, Wilmot Orchards is the place for you. They have rows upon rows of blueberries in eight varieties, as well as a small shop with all things blueberry: ice cream, pie, tea, jam, and more. You can usually pick blueberries through Labour Day weekend. Newcastle; 905-987-5279 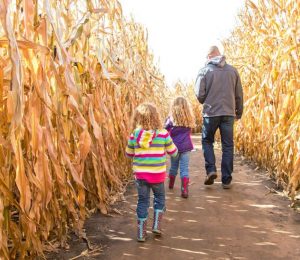 The best of the GTA’s pick-your-own pumpkin patches, corn mazes, and fall harvest festivals on the farm. 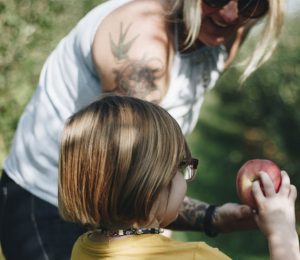 Best Places To Go Apple-Picking in the GTA

Wondering where you can go apple-picking around Toronto this fall? We’ve got you covered, with farms and orchards… 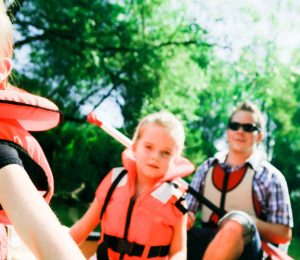 Family getaways within a few hours of Toronto that offer fun activities for kids, beaches and water play, and downtime…