We’re less than two weeks away from one of the biggest nights on your kids’ calendar: Halloween. But while the evening of the 31st is definitely the highlight of most children’s October, there are also plenty of other spooktacular events happenings over the next two weeks that will put a smile on your family’s faces.

Below we round up 13 (we figured that number was appropriate) Halloween-focused events that we think will deliver age-appropriate thrills for kids age toddler and up.

Wonderland during October can be a little intense in the evenings, thanks to its Halloween Haunt event. But in the daytime, Canada’s largest theme park turns down the scares and becomes the perfect place to introduce your little ones to the fun thrills of Halloween. Kids can do crafts, explore two different mazes and participate in a trick-or-treat adventure. There are also live shows and of course delicious theme park food. Learn more.

When: Now until Sunday, October 27
Where: Wonderland, 9580 Jane Street, Vaughan

Taking place in Milton and featuring over 5,000 pumpkins carved by hand by over 100 artisans, Pumpkins After Dark mixes impressively decorated gourds with special lighting, sound effects and music. It’s recommended that you allow at least an hour to stroll along the quarter of a mile, stroller-friendly path that the pumpkins decorate. Tickets start at $16, with kids three and under being free. There’s also a discounted family pack available. Learn more.

When: Thursday to Sunday nights from now until Sunday, November 3
Where: Country Heritage Park, Milton

Boo At The Zoo

The Toronto Zoo is a fantastic family outing but let’s be honest, it’s kind of expensive. Off-season admission for those age 3-12 is $14 while adult tickets run $23. But for two weekends in October, all kids who attend the zoo decked out in their Halloween costumes will receive free admittance (with the purchase of an adult paying regular admission). The zoo is also offering special Halloween-themed programming in the form of a ride on the BOOmobile. For an additional $9 fee ($7 for non-members), you and your family will be taken for a spin around the grounds while a “Zoo Kreeper” shares animal-related Halloween trivia. Learn more.

Spread across two weekends in October, Howling Hootenanny is your family’s chance to add a touch of the 1860s to your Halloween celebrations. Try your luck at such old school games as pumpkin bowling and apple slingshots. Then brave Black Creek Pioneer Village’s haunted maze and take in a variety of live entertainment, including scary storytelling sessions. In between activities, your kids can trick-or-treat the historic village. Admittance to the Village starts at $11 with kids four and under being free. Learn more.

Looking to do something a little different this Halloween season? Then consider taking your children to an actual sleepover at the Ontario Science Centre. Featuring science demonstrations, a PJ dance party and lots of hands-on activities (featuring, of course, slime) this event promises to be equal parts fun, educational and spooky. Pricing is $64 a person and includes an evening snack, breakfast and admission to the museum the next day. Learn more.

This annual tradition returns to Riverdale Farm for another weekend of tot-friendly Halloween fun. There will be crafts, face painting and of course the star of the show, the Boo Barn (yes, it’s a real barn, with real animals). Also on site will be pumpkin carving. This activity is technically free but there is a suggested $5 donation to the farm for each pumpkin you take home. Admittance to the farm is also free but visitors are encouraged to donate a non-perishable food item. Learn more.

Aimed at the under-six set, this event will feature a haunted house that’s decidedly more fun than frightening. There will also be a Halloween-themed song circle, crafts and more. Advanced tickets are $10 for adults and $5 for kids or $15 at the door and include the cost of a yummy pasta lunch. A bake sale will also be taking place, so be sure to bring some extra cash, especially since all funds are going towards supporting the United Way. Learn more.

Want a Halloween-related outing that’s as appealing to adults as it is to kids? Then check out the Bata Shoe Museum’s Halloween plans. While you explore the museum’s fascinating galleries, your kids can decorate cookies, do a special craft and play games. All activities are included with admission, which starts at $5. Kids four and under are free, as are any kids 12 and under who come dressed in their Halloween costume. Learn more.

New on the scene this year is Spookfest, a completely indoor event down at the CNE grounds.  Think of it like the neighbouring Screemers, just geared down for little kids. There will be “kid-friendly haunted houses” (including one in which the lights are fully on), a variety of rides and inflatables and fun Halloween-oriented events like pumpkin carving and a “spooky trick-or-treat trail.” Admission, which includes access to all the rides and other attractions, is $9 for adults, and $25 for kids. Learn more.

This might just be the cutest event on this list: A doggy costume parade and contest. Dog owners are invited to dress up and bring their pups down to under the Gardiner to compete for such titles as Spookiest Small Dog, Medium Dog and Large Dog. The parade gets underway around 1:30 pm and prizes will be given away between 2 pm and 2:30 pm. It will be followed by “Yappy Hour,” during which parade-goers and watchers can mingle and pose for pics with their favourite pooches. This event is completely free but you might want to bring some cash for Yappy Hour snacks. Learn more.

When: Sunday, October 27
Where: The Bentway, 250 Fort York Blvd, Toronto

This annual event is back for another year at Seasons Family Centre, a space dedicated and designed for family-focused events. This year promises a bigger and better house that will still thrill the kids without scaring them. In addition to a haunted house tour, there will be crafts, treats and the chance to take a spooky family photo. Tickets are $25 for a family of four and proceeds go towards Kids Can Academy!, which aims to create “positive change for kids suffering barriers of poverty by funding educational skill-based programs in sports, arts and technology.” Learn more.

Add some culture – of the classical and pop variety – to your Halloween with a family outing to the Toronto Symphony Orchestra. Its Halloween performance will feature such creepy tracks as “The Shark Theme” from Jaws and “The Imperial March” from Star Wars: Episode V—The Empire Strikes Back. Part of the TSO’s Young People’s Concerts series, this performance runs roughly an hour in length with no intermission and tickets starting at around $28. And even though this is the symphony, you and your little ones are encouraged to come in costume. Learn more.

After a few years of wet and/or cool weather, this annual fundraiser for Toronto’s St. Joseph’s Hospital is moving indoors. Now set to take place inside Sherway Gardens mall, this event will feature a costume parade at 11:30 am and three separate performances by JUNO-nominated duo Sonshine and Broccoli. Kids can also trick-or-treat around the mall and participate in crafts and other activities. Admission is free but expect to be hit up for a donation at some point. Learn more. 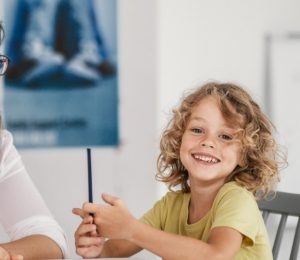 Tutoring is a great solution for so many different reasons. Even if your child is doing well in class, tutoring… 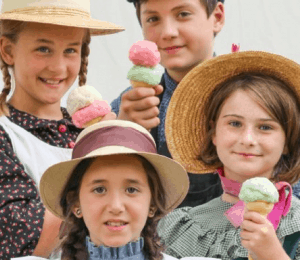 Simcoe Day is coming up this Monday, and celebrations of Ontario heritage, Indigenous culture, old-time fun, and…