NOTE: Changes/cancellations are coming in quickly so this list is accurate as of March 13 at 5:00 pm but may change as things develop.

Amid the outbreak of covid-19, more and more events and programs are being cancelled or postponed to combat the spread of the illness. To ensure you are informed and have the best information possible, we’ve pulled together a list of all the known cancellations as of March 13 2020.

Remember, proper hygiene and social distancing are the main recommendations when it comes to preventing covid-19.

Yesterday, the minister of education announced that all schools in Ontario will be closed for two weeks after March Break to limit the impact of potential travel. And today, daycares located inside Toronto District School Board schools have followed suit and will be closed from March 14 to April 5.

Ontario’s chief medical officer of health has also recommended that all events and public gatherings over 250 people be cancelled.

The best course of action before heading out at any event or program is to call ahead to ensure it is still open or running. Cancellations are happening in real-time across Ontario.

The town of Ajax has cancelled all March Break camps, programs, and activities. Refunds will be offered.

The City of Mississauga has cancelled all programming from March 14 to April 5. This includes March Break camps.

The city of Toronto has closed all programs and cancelled March Break camps as well.

As of March 14, all Vaughan community centres and library branches will close at 5 pm, reopening Monday, April 6, 2020.

Comicon has been cancelled. There are a few options ticket holders can take, including refunds or transferring your tickets to Fan Expo on August 27.

Along with the TDSB closures, all EarlyON child and family centres, as well as daycares within Peel and Toronto public and catholic schools will be closed from March 14 to April 5.

The NHL, MLB, MLS, and NBA have all announced that their seasons will be postponed or suspended.

One of a Kind Show

Set to take place on March 15, the annual parade has been cancelled in light of covid-19.

The CN Tower and Downsview Park will be closed to the public from March 13 until April 14.

Meant to start today, The Home Show has been cancelled.

Canada’s largest flower and garden festival was cancelled last night instead of opening to the public at the Encare Centre.

Sugar Shack TO at Sugar Beach

The much-loved sugar shack event has been cancelled.

All events scheduled for the next two weeks at Roy Thomson Hall and Massey Hall have been cancelled.

All performances from April 11 to May 2 have been cancelled.

Toronto Symphony Orchestra has cancelled all shows through the end of March.

The Green Living Show has been cancelled.

The March Break favourite will not be open for the 2020 season.

The fourth Tirgan Nowruz Festival won’t be held in its traditional format. Instead, one or more programs will be selected for live or pre-recorded broadcast at a predetermined time, to be announced later, and other programs will be rescheduled.

Kids Fest 2.0 has been postponed until summer 2020. All paid attendees will receive an automatic refund.

BSM has cancelled all March Break programming and will be offering refunds for advance ticket sales.

As for March 14, the Hockey Hall of Fame will be closed until April 6.

While TPL system remains open, some programs have been cancelled or rescheduled due to COVID-19 related travel restrictions impacting presenters.

You can see the current list of cancellations here.

Given TPL is advising you to check the status of library programs and events online or by calling Answerline at 416-393-7131 to ensure you have the most up-to-date information.

All guided tours have been postponed until further notice.

Treewalk Village and Discovery Courses will not be opening this season.

All performances of Baby Shark Live! have been postponed.

YPT has announced they will be cancelling the remainder of its 2019-2020 season including March Break camps, Baby Drama Time and performances of Jungle Book, Jack and the Magic Bean and CARTOGRAPHY.

Be sure to call ahead to find out if your local indoor activity centres are open.

Simcoe Day is coming up this Monday, and celebrations of Ontario heritage, Indigenous culture, old-time fun, and… 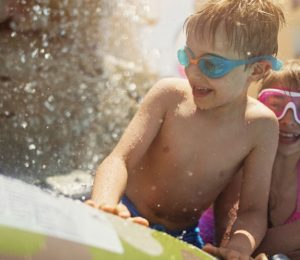 Southern Ontario, we don’t give you enough credit. Sure you lack the West’s breathtaking mountains and the…