Anaphylaxis is a sudden and severe allergic reaction that may cause death. It is also known as anaphylactic shock and usually affects the whole body, which requires immediate treatment. Although there are many causes for this type of severe allergic reaction, the most common cause is when a person eats food to which he or she is allergic to. Even eating a small amount of that particular food can induce anaphylactic shock, which can occur suddenly within seconds or even up to an hour after ingestion.

There are no predictable patterns when it comes to Anaphylaxis. Severity may depend on the sensitivity of the individual, dose of the allergen, route of exposure, day to day variability or other factors such as asthma, exercise and infection.

Our immune system produces antibodies that defend us against foreign substances. But for some people, their immune system overreacts to substances that shouldn’t cause allergic reactions, and when this happens, it sets off a chemical chain reaction leading to allergy symptoms. If you’re not sure what triggers your allergy attack, it’s best to consult a doctor for several tests that can identify the offending allergens.

Below are some commonly identified allergens.  This is not an exclusive list, but they’ve been known to cause 90% of allergic reactions:

Allergies are a hyperactive response made by the immune system to something it perceives as a threat. Although there are numerous symptoms that may occur with anaphylaxis, not all of them will be experienced at once. Some symptoms may present over minutes or hours with an average onset of 5 to 30 minutes if exposure is intravenous, and 2 hours if it’s from food. The most common areas being affected by Anaphylaxis includes skin (80-90%), respiratory (70%), gastrointestinal (30-45%), vascular including the heart (10-45%) and the central nervous system (10-15%).  Here are some common reactions:

There are several known risk factors for Anaphylaxis. It is considered that genetics may increase the person’s risk in having this reaction. This is thought to be true especially for those with a family history of exercise-induced anaphylaxis. Here are the three main factors that may increase the risk of a severe anaphylactic shock:

Having asthma with life-threatening allergies could lead to severe breathing problems during an anaphylactic reaction. It’s best to keep the asthma controlled to avoid severe complications. Epinephrine can be used in an asthma attack as well as in an anaphylactic reaction, and if you’re not sure which reaction you’re experiencing, it’s better to use an auto-injector first.

2. Epinephrine – not using or delay in use

This is the drug of choice commonly used to treat an anaphylactic reaction, and needs to be administered as early as possible. There is no actual danger in using epinephrine, and it won’t cause any harm if given to healthy individuals who don’t need it. Some of the possible effects if you abstain from using the drug include rapid heart rate, pallor, dizziness, weakness and headaches.  These symptoms are usually mild and will go away quickly.

It’s better to consult your physician if you have heart disease or high blood pressure since some medications such as beta-blockers and ACE inhibitors may slow down the effect of epinephrine and may worsen the allergic reaction.

Anaphylaxis requires immediate treatment as it can be deadly. The most important treatment is epinephrine, as mentioned earlier. Essentially, it’s a form of the adrenaline hormone that the body produces on its own. Doctors recommend that people at risk with anaphylaxis should have an epinephrine auto-injector with them at all times. This drug helps to reverse the allergic reaction by means of improving blood pressure, opening the airways, and accelerating heart rate. It is administered by injecting it into the muscle on the outer side of the thigh to release the medication. Additional treatment also includes antihistamine, which is mostly used for less serious reactions.

All individuals receiving emergency epinephrine should be brought to the nearest hospital immediately for observation and evaluation. Repeat attacks may occur even hours later, even without additional exposure. As a consequence, a four hour observation period is advised. This may also vary depending on the attending physician’s judgement, as well as taking into considerations several factors such as the severity of the reaction, the patient’s response to treatment and previous episodes.

Avoidance of the allergens that could trigger Anaphylaxis is advisable. In cases that this may not be possible, another option is desensitization. Immunotherapy with Hymenoptera venoms is effective in desensitizing 80-90% of adults and 98% of children against allergens from bees, hornets, wasps, yellow jackets and fire ants. Oral immunotherapy can also be effective in desensitizing some people who have ingested certain allergen foods such as eggs, milk and nuts; however, adverse effects are common. Desentization can also be done with medication, though it’s more advisable to just simply avoid it. It’s still always best to have an emergency action plan and to keep self-injectable epinephrine on hand at all times. Training parents and caregivers on its proper use is also a must.

David Novak is a nationally syndicated columnist, and his  byline has appeared in newspapers and magazines around the world — including Wall Street Journal, Reader’s Digest, USA Today, GQ and Cosmopolitan.  He’s an avid health enthusiast, and frequently is featured in regional and national health publications, writing about health, wellness, diet and fitness. He is also a weekly writer for Healthline.  To visit his other stories on Healthline, visit http://www.healthline.com/. 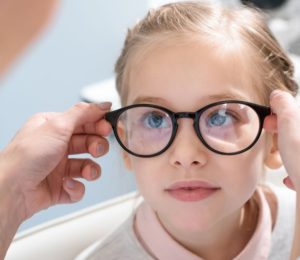 Your family’s eye health is important. Check out this fun and informative infographic for eye care tips for the… 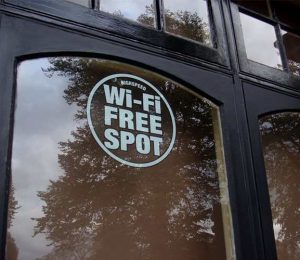 Protecting Your Family’s Health in a Wireless World 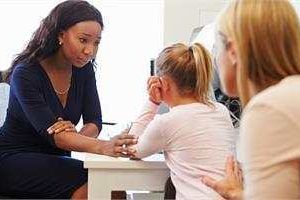 January 27th is dedicated to promoting the open discussion of issues facing those with mental illness, and helping…