In Toronto, “get on a daycare list while you’re pregnant,” is something you hear from everyone when you’re expecting. These days you may as well put an unidentified name on the list before you even think of conceiving. Why is it so crazy out there? Why is it so difficult to get your child into daycare? There are quite a few reasons, but based on personal experience, I believe it ultimately boils down to three things.

To begin with, it’s very difficult to open a licensed daycare centre. There are a plethora of rules and requirements for opening a daycare in Toronto, whether home daycare or a centre. This makes sense: these facilities serve young children and they need to be safe.

But some of the requirements for opening a licensed daycare seem slightly over the top. For example, for outdoor play, each child is required to have exactly 2.58-square metres of play space. Don’t think for a second that the Ministry doesn’t come with a tape measure to ensure there is adequate space. Yes, I completely understand the importance of outdoor play and that children have enough room, but is this strict measurement completely necessary?

There are many, many other small but required stipulations that render getting a license a somewhat daunting task. If you’re in the mood for some “light reading,” feel free to download the Child Care and Early Years’ Act to read about all the little, teeny-tiny rules for opening a licensed centre.

My child-care centre, Tiny Tots Daycare at Seasons Family Centre, is not licensed. I can’t speak for other daycares, but for me, the choice not to be licensed had absolutely nothing to do with the quality of care we offer. It’s that I don’t want someone else to run my business.

If you’re a licensed home daycare, you’re allowed to have one more child in your care than if you’re a non-licensed daycare. To me, this does not seem to make sense. It’s not like all of a sudden you’ve become more experienced at looking after children because you got a license.

In my opinion, it seems like the only incentive to be licensed is that you can have one additional child attending your daycare. There is also the perception that licensed is better and, sure, in some cases it might be, but in other cases the quality of care you get can be just as good (if not better) in an unlicensed home daycare.

In an unlicensed home daycare, you can manage your own finances. If you’re sick you can hire someone you know and trust to come into your home to work with the children. You are only allowed to have five children and only two children under the age of two. It was only recently that they changed the laws unlicensed home daycares had to adhere to, when they introduced the ‘Child Care Modernization Act’ in 2014. Click here for more info.

Whether you can’t find a spot or you prefer the smaller class sizes, an unlicensed daycare can be a good fit for your family. You always have to trust your instincts as a parent; don’t let the word “licensed” guide you in making your decision, let your gut tell you what’s right for your child.

As mentioned earlier, in 2014, the Ontario government introduced the Child Care Modernization Act. Another change in the regulations, which makes no sense, is the “two under two” rule. The year we opened our daycare program we had six children (including my son) under the age of two with two staff members. We have had plenty of experience and have always run a very successful program. Then all of a sudden we were only allowed to have two children under the age of two.

Another problem with current legislation is that it doesn’t address centres like ours. We’re much more than a home daycare but not quite a licensed centre. A set of rules for places like ours is needed; I’m sure we’re not the only ones.

A recent, unexpected “baby boomlet” in Canada means there has been a rise in new babies and not enough daycare spots to serve all the kiddies. Susan McDaniel, a Canadian demographer, believes that what is happening to our increasing baby population is that a bunch of people are having births within a 20-year period.

Licensing, changes to the daycare nursery act, and a baby boom seem to be the three most prominent reasons why you might be having so much trouble finding a daycare spot. My advice on picking the right daycare for your child is pretty simple: Always, always trust your instincts. You need to feel 100% comfortable about where you are leaving your child; after all, the caregivers are going to spend more time with your child than you are. 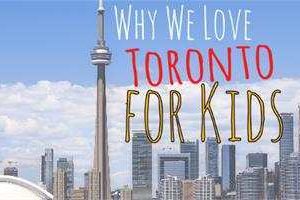 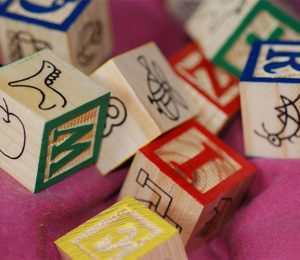 A Daycare Checklist for Parents: 14 Tips for Finding Child Care

A checklist of 14 questions to ask when finding a daycare for your child. The process can be daunting, but armed…

Why Take Your Child’s Birthday Party Out of the Home?

Everybody knows that throwing a kid’s party isn’t easy. We asked a few local birthday party experts to help…