With the excitement of the holiday season building, children and parents alike can often get caught up in the commercialization and gift-giving frenzy that so frequently accompanies this time of year.

But it doesn’t have to be all about gifts, and toys, and presents. Christmas can be a time where we focus on giving back and sharing with others. It is a perfect time to teach young children the lesson of charitable giving.

Here are some tips for teaching your children the real spirit of the holiday season, and building a sense of gratitude and thankfulness.

As the adage goes, money doesn’t grow on trees and it’s important for children to understand from a young age that everything costs money and there is a lot of hard work that goes into earning each and every almighty dollar.

“Even when kids are young, it’s okay to point out that Santa (or mom and dad) have a budget to work with, and they can’t have everything they want for Christmas,” says parenting guru Kathy Buckworth, an award-winning writer, public speaker, and television personality. “When my kids were a bit older but still believed in Santa (maybe age 8 or so), we would tell them Santa’s budget, and if they wanted something more, they would have to save up the money, and put it out for Santa. He would take it and then leave the gift. That worked really well.”

Ensuring children have an allowance for chores they’re expected to complete around the house, and/or a part-time job outside the home can really help to drive this lesson home.

One way to avoid creating a sense of entitlement for extravagant piles of gifts is to not go overboard from the start. Stick to perhaps one big gift from Mom and Dad, and stocking filled with smaller, less expensive items, and a few choice presents from Santa.

One tradition I’ve passed on to my son from my own mom is the opening of one present on Christmas Eve, with the caveat being that the one gift is always a new pair of pyjamas to be worn that night. Your family might choose to stick with other practical gifts such as clothing, books, or school items.

3. Give to Those in Need

One tried-and-true method for teaching gratitude and appreciation is by volunteering or giving to those less fortunate. A 2013 study for the United Nations Foundation found that children whose parents talked to them frequently about giving to charity were more likely to participate in charitable efforts.

“This year my 16-year-old daughter is asking that half her presents be gifts for other kids that she can donate to a children’s charity run at the daycare she works at,” says Buckworth. “I’m proud of her for that.” Her family also donates to a charity called Sleeping Children Around the World, which provides bed kits for children in malaria-stricken countries, and she makes a point of letting the kids know of the donation.

There are so many ways to give back both locally and internationally. Your family might participate in serving meals at a soup kitchen or place of worship. Perhaps you could donate toys to projects like CTV’s Toy Mountain or participate in a winter coat drive for the homeless. You could also donate to the Plan Canada Gifts of Hope program, or purchase a gift on someone’s behalf.

Read Five Ways for Families to Volunteer Together.

4. Talk about What You’re Grateful For

Make a point to regularly discuss with your children all the things they (and you) are grateful for in your life. This can be something you do each night while tucking the kids into bed, or a little less frequently.

Buckworth says her family makes a point to talk about their “roses and thorns” during family meals, where everyone says what they’re most thankful for (roses) and what’s challenging them (thorns). She finds her children are often most thankful for seeing people like their friends and family, as opposed to getting something material.

“For parents I’d say it’s important to talk about gratitude year-round instead of waiting until Christmas,” she adds. “And again, to reinforce that just because they want something doesn’t mean they’re going to get it, or to talk about giving up something (their money, for instance) to get what they want.” 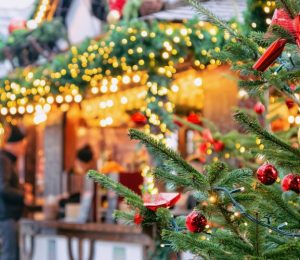 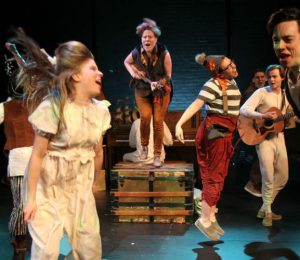 Family Shows To See this Holiday Season in Toronto

The holiday season is the perfect time to indulge in some magical performances on stage, from classic Christmas… 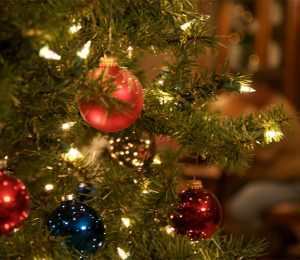