On his walk home from school, Tyler, an 8 year old boy, slips on ice and hits the back of his head on the sidewalk. He does not lose consciousness and immediately sits up rubbing his head. He completes his walk home and mentions the fall to his mother who inspects his head and does not find any bleeding but feels a small area of swelling. A couple hours later after dinner he tells his parents he is feeling a bit dizzy but he is otherwise well. Is this a concussion? What should his parents do?

Concussion has received an extensive amount of media coverage as of late. On one hand it is positive that such an important issue is being discussed but, on the other hand, more discussion tends to propagate more myths.  Here we try to answer common questions parents bring to our clinic regarding concussion.

What is a Concussion?

A concussion is a brain injury caused by trauma anywhere to the body that results in a change in brain function. The functional disturbance can manifest physically, cognitively (thinking/memory), emotionally or as problems with sleep.

The internationally agreed upon definition is quite extensive and can be found here.

What do I do if I think my Child Suffered a Concussion?

Do not remove any sports equipment such as helmets

(1)  Does my child have to lose consciousness in order to be diagnosed with a concussion?

(2)  How long will it take for my child to get better?

In the majority of concussions, signs and symptoms last 7 – 10 days. Recovery timeframe may be longer in children and adolescents.

(3)  Do I need to periodically wake my child at night after he/she has sustained a concussion?

This is a hot topic of debate in the field of concussion. There is still no consensus or good evidence to support waking or not waking your child. Some experts believe patients may derive more benefit from uninterrupted sleep than frequent awakenings, which may exacerbate symptoms.

The rationale for waking a child periodically throughout the night is the concern for an underlying, insidious structural injury such as bleeding in the brain as a result of the initial head injury. If this were the case, one would expect to find a child with significant changes in his or her mental status such as an inability to wake up or sustained confusion upon waking.

We recommend waking your child every 2 to 3 hours on the first night of the concussion if there is a loss of consciousness, prolonged memory loss or if your child is experiencing significant symptoms at bedtime.

(4)  When can my child return to playing sports?

Return to play (RTP) management is also a hotly debated topic amongst experts in concussion. It is important to know that returning a child or athlete to a sport is not dependent on time but dependent on function.

(5)  How many concussions are too many and when do I stop my child from playing sports?

This is another difficult question with no clear answers and no evidence-based guidelines. Some experts have proposed that a prolonged period of time away from sports should be considered if a child suffers three concussions in an individual season or has post-concussive symptoms lasting longer than 3 months. The decision to retire a child from a sport is case-dependent and should be made in consultation with his or her treating physician.

Standard brain imaging tests of the brain (CT or MRI) are normal in concussive injuries. Imaging of the brain or cervical spine is only necessary if there is a suspicion of a more extensive injury such as a spine fracture or bleeding in the brain.

(7)  How are concussions treated?

Cognitive and physical rest is the mainstay of treatment for concussion. The goal is to avoid activities that may slow recovery.

Physical Rest: Physical rest means withholding children from physical exertion until they have no symptoms at rest.

Medications: There is no evidence supporting the use of any medications in the treatment of concussion in children.

(8)  Are there long-term effects after suffering a concussion?

Post-concussion Syndrome is a long-term complication of concussion that results in persistence of symptoms for at least 3 months from the initial injury6. There are other current working definitions of this syndrome but no consensus as of yet.

Back to the Case

Dr. Lewis is a resident in Pediatric Neurology at the Children’s Hospital of Eastern Ontario in Ottawa. He is currently completing his fourth year of a five-year training program and plans to pursue sub-specialty training in the area of Epilepsy Surgery. He has special interests in concussion, headache and medical education.

Dr. Sell is a Pediatric Neurologist at the Children’s Hospital of Eastern Ontario and an Assistant Professor in the Faculty of Medicine at the University of Ottawa. He trained at the Hospital for Sick Children in Toronto and has 10 years of experience in the field of Pediatric Neurology. His research interests include medical education and absence epilepsy. 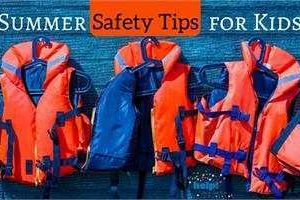 We rounded up some great summer safety tips across a range of categories to review with the family.

If you think your child may have ADHD, or Attention-Deficit/Hyperactivity Disorder, there are important first steps… 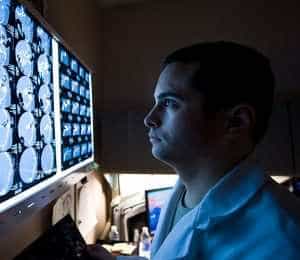 Kids and Concussions: What Parents Need To Know

On his walk home from school, Tyler, an 8-year-old boy, slips on ice and hits the back of his head on the sidewalk…. 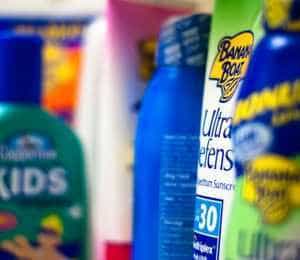 No tan is a healthy tan. Here are the straight facts about sun safety and skin cancer prevention…