It’s that time of year, folks! Halloween is upon us and if you aren’t already in the spooky spirit it’s time to amp up the amount of candy and Halloween movies you are consuming!

In my house, Halloween starts at least 5 days beforehand, when I start watching my favourite Halloween movies and eating as many snack-size Reese’s Peanut Butter Cups and Sour Patch Kids as I can handle. And while many of you may be able to handle some of the scarier horror movies out there, I keep it pretty PG in my house—I already have kids, I don’t need anything else keeping me up at night!

So I’ve rounded up 16 of the best family-friendly Halloween movies for you to enjoy with the family. Remember, every kid is different and some of these movies might be too spooky for your little ones depending on their ages and scary-tolerance level. Always be sure to use your best judgement!

In this fun-filled film, we meet Dracula, a high-end resort owner, who is hell-bent on keeping his daughter from falling in love with Jonathan… a human. Available to watch on Netflix and for rent online from $3.99.

It’s just Norman’s luck that he lives in a town that is trapped under a deadly curse. Thankfully, he can talk to ghosts! Using his unique power, he and his band of friends need to work together to save the town. Available to rent online.

Available on both Netflix and Amazon Prime Video with a subscription, Coraline is a stop-motion film that follows Coraline as she ventures through a secret door in her home. There, she discovers a whole new, perfect version of her frustrating home, but it is hiding sinister secrets.

The story of a boy who loves his dog a little too much, Frankenweenie follows Sparky the dog and Victor, his owner who brings him back to life using science after he was hit by a car. And while the neighbours are all afraid of the new Sparky, he becomes the only hope to save a neighbourhood girl from danger. Available on Disney+.

Not a single Halloween has passed since 1993 in which I have not watched Hocus Pocus. I live for the day that my kids are old enough to be introduced to the Sanderson sisters and their fun, terrifying blend of magic. If you’ve never seen it before, Hocus Pocus is the story of 3 witches who are accidentally resurrected—when Max lights a cursed candle—after 300 to exact revenge. Available on Disney+.

The Nightmare Before Christmas

There is some speculation as to whether this is a Halloween or Christmas movie. While I personally watch The Nightmare Before Christmas in December, the original release date of October 29, 1993, would suggest that it is indeed a Halloween movie. Available on Disney+, this movie follows Jack Skellington (a famous resident of Halloween Town) as he discovers Christmas Town and becomes obsessed.

Watch the world of your favourite childhood books come to life in the 2015 live-action film starring Jack Black. RL Stine is shocked when the demons in his books begin coming to life. He has to work with his daughter and her friend to get them back in the books before it’s too late.

A Babysitter’s Guide to Monster Hunting

A new release from Netflix, A Babysitter’s Guide to Monster Hunting follows Kelly as she is recruited by a secret society of babysitters. Then, on Halloween, she has to battle the Boogeyman and his monsters after they capture the boy she was babysitting.

Another Tim Burton classic, Corpse Bride follows Victor who, while practicing his wedding vows, accidentally gets married to a skeleton-like creature, Emily. She whisks him off to the land of the dead. Available to rent online from $4.99.

Wallace & Gromit: The Curse of the Were-Rabbit

Claymation at it’s best, Wallace & Gromit: The Curse of the Were-Rabbit introduces us to a huge vegetable-ravaging beast who is destroying the vegetable gardens right before the Giant Vegetable Competition. Wallace and Gromit are tasked with tracking down the were-rabbit before it is too late. Available on Netflix.

You probably don’t need a synopsis of Ghostbusters, but just in case here it is! When three scientists lose their jobs, they rent an empty fire station and start the Ghostbusters, an agency determined to fight the evil ghosts lurking all over New York City. Available on Netflix.

Available on Amazon Prime, this 1995 classic stars Christina Ricci and Devon Sawa. When a paranormal expert is hired to rid an old mansion of ghosts, everything changes when his daughter befriends Casper, the friendly ghost.

The new Netflix movie, Hubie Halloween, takes place on October 31st in Salem and follows Hubie, an eccentric community volunteer who is often the butt of the community jokes. But everything turns around when he finds himself in a real investigation… for a real murderer.

When three neighbourhood kids realize that the creepy old house down the road is a monster that hates kids. They decide to destroy the house to save the neighbourhood from the house that is terrorizing kids on Halloween. Available on Netflix. 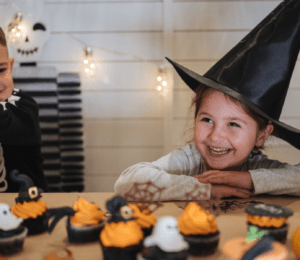 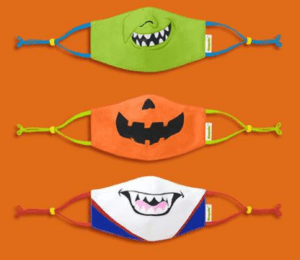 Halloween is right around the corner. And while you may have decided to opt-out of trick-or-treating this year,… 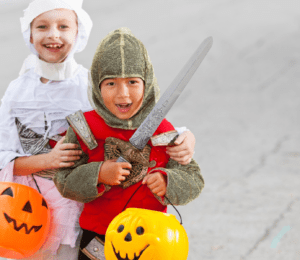 10 COVID-Safe Ideas To Celebrate Halloween In 2020

While many of us were holding onto hope that Halloween would move forward as normal, as numbers begin to rise again…