We’re not sure why, but it seems all wee children have a serious case of the “choo-choos”. For some, it lasts into adulthood, but at the very least, while they’re small and fascinated with trains, you can take advantage of the many train-related fun things to do in Toronto and the GTA.

Here are all the best things to do and see in Toronto (and nearby) with little train lovers!

All aboard! If your child is eager to ride the rails, these local attractions are some of the best. The Toronto Railway Museum also has a miniature railway you can ride.

Spend a fun weekend outing riding the rails in vintage 1920s or 1950s-era coaches with a red caboose. The York-Durham Heritage Railway trains run between Uxbridge and Stouffville. Trains operate June through October. There are kids’ activities on board, including face-painting, a clown, musicians and a toy train set.

Themed train trips take place throughout the year: a Winnie-the-Pooh ride in July, a Thomas the Tank Engine event in August, a Teddy Bear Train in fall (kids ride for free when they bring their stuffed animal), a Halloween train popular with families, and a special wintertime Santa Train in November and December.

This miniature steam train chugs along a track through Centreville Amusement Park and beside Far Enough Farm on the Toronto Islands. Most rides and attractions at the park are for kids ages 12 and under. There is no general admission fee to the park; you can buy a day pass or individual tickets for rides, including the train. Open May–September only.

Ride the rails on an electric train and visit other attractions at this railway and transit museum in Milton, including display barns, an ice-cream shop, and a historic train station. Check for special events like Halloween shows and Christmas on the Rails. The railway is open May through October and for Christmas train rides.

Toddlers and preschoolers will get a kick out of touring the park on the little red train with wheels. High Park Trackless Trains operate from spring through fall, daily 10:30 am–dusk. Train stops are near the Jamie Bell Adventure Playground, Bloor Street entrance, Grenadier Restaurant, Hillside Gardens, and Grenadier Pond. Tickets are cash-only.

If you’re on the hunt to see real trains in action (without taking a ride), learn about historic trains, and see entire cities with model trains running through them, check out these fun train attractions.

A collection of trains and a historic roundhouse take residence in a downtown park—along with retail shops and Steam Whistle Brewing. At the Toronto Railway Museum, see historic railway equipment and restored freight and passenger cars and railway buildings, try a diesel train simulator, and take a ride on the miniature railway (spring through fall only).

A day trip destination from the city this train museum in St. Thomas is built on the site of the 1913 Michigan Central Railroad Repair Shops. Tour the historic rail yard and control centre, see a huge 1,200-square-foot model train display simulating life in the early 20th century, and get a look at the collection of historic engines, cabooses, baggage cars, uniforms, lanterns, tools, photographs and more.

The Model Railroad Club of Toronto

This model train club had been a fixture in Toronto since 1946! Its O-scale railway spanning 120 x 40 feet is currently being painstakingly rebuilt recently by club members after the attraction moved from Liberty Village to East  York. The rebuilt railway will be slightly smaller but could be even more delightful, as members are taking the opportunity to upgrade the electrical system. Keep abreast of their progress on Facebook.

Look for the club’s open house nights for a chance to see the two impressive model railways, which club members have spent decades assembling: the HO-scale southwestern Ontario 1950s-era Canadian National and Canadian Pacific railways and an N-scale 113-car train running through the Appalachian Mountains.

Walk or ride the rail path: for young kids, it’s a treat to see the GO and Via Rail trains up close as they whoosh right next to the walkway. Multiple access points between Bloor Street West and Perth Ave. north to Dupont Street and Osler Street. 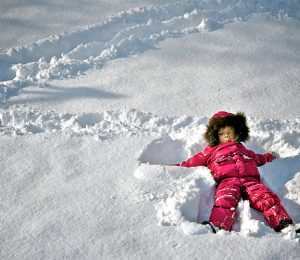 Your guide to all the family fun events and attractions in Toronto and the GTA for December 2014: Christmas festivals,… 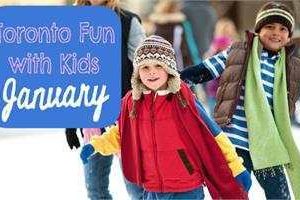 Your guide to all the family fun events and attractions in Toronto and the GTA for January 2015. 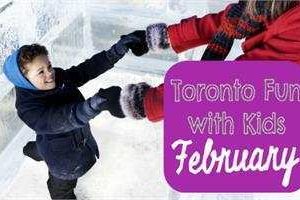 Our guide to the best of family fun and events in Toronto in February 2015. 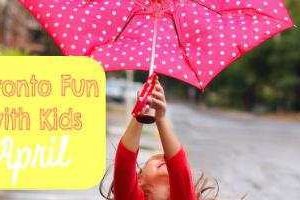 Our top events for kids in Toronto for April 2015! Find out what’s on in the city this month and enjoy the best…