The summer is finally starting to heat up, and you and your kiddies need to know what will be playing in the air conditioned theatres. In the 2015 summer family movie lineup we have adorable animated creatures, Foosball players come to life, and of course the summer wouldn’t be complete without a Marvel superhero.

All the movies are listed by release date. Take note that not all movies have been rated yet, and may not be appropriate for younger children.

A curious teen girl and a genius inventor go on a mission to find a place in time and space that may change them and their world more than either of them could have predicted.

The personified emotions of a young girl fight for control and balance when the girl moves to a new home and has to adjust to a new every day life.

The voices of the emotions are played by some well-known actors, including Amy Poehler as Joy, Mindy Kaling as Disgust, Lewis Black as Anger, Bill Hader as Fear, and Phyllis Smith as Sadness.

In this heartwarming and heartwrenching film, military dog Max returns from service in Afghanistan after the tragic death of his handler. Max and the fallen Marine’s brother, Justin, form a strong bond and help each other heal from their loss.

Although originally shown in Despicable Me, Minions existed long before they served their master Felonius Gru. In this backstory on the beginnings of the adorable yellow creatures, we learn that Minions have served all types of evil masters. After many years without a master, the Minions find Scarlet Overkill, but discover she may be more evil than even they can handle.

Since this is the last Marvel movie for the 2015 calendar year, you can expect big things from Ant-Man. Wearing a super-suit that allows him to shrink and increase his strength, Scott Lang must play the roll of hero in order to help his mentor save the world.

Based on the Shaun the SheepBritisih television series, which is actually a spin-off of the Wallace and Gromit franchise, Shaun the Sheep returns for a full-length feature film. Shaun is coming to Canadian theatres this summer to make more mischief than ever before, and take responsibility for his actions.

A reboot of the 2005 original film series of the same name, Fantastic Four is about four young adults who are transported to an alternate universe which gives them all amazing powers. The four must learn to manage their new powers and work together to save Earth from a common enemy.

Ricki and the Flash

Ricki (Meryl Streep) abandoned her family many years ago to pursue her dream of rock-and-roll stardom, but returns to patch things up and help her daughter through a difficult time.

This animated movie about Foosball players originally released in Argentina in 2013, and after being postponed several times it is finally coming to Canadian theatres this summer.

Are you and your family looking to move within Toronto? Check out why one mom thinks The Beaches is the perfect neighbourhood for families with kids.

Even if the weather is miserable outside, your kids don’t have to be confined to the couch and television. These 17 rainy-day things to do with your kids will keep them active and happy all day long.

If you’re at a loss on where to start when looking for a day camp, look at these cool Toronto day camps for ideas.

Sign up for our newsletters to get the latest articles delivered to you! 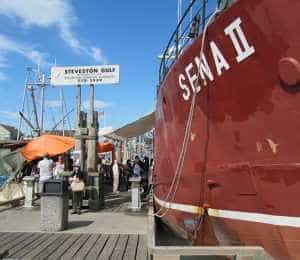 Summer Fun for Families Near Vancouver