There’s nothing wrong with busting out a classic kid’s board game like Sorry, Connect 4, or Operation, but we’ve searched for some games you may not be aware of that are creative, educational, and best of all—fun!

You can find them online at Meeplemart, BoardGameBliss.com, 401Games.ca, or in some cases at Amazon, Mastermind, or Walmart. Meeplemart, 401Games, and Board Game Bliss also have Toronto stores where you can browse or order and pick up to avoid shipping fees.

For in-depth video reviews, blog posts, ratings, instructions, and game variations, search for these games on Board Game Geek.

Any good matching game will also work well for this age group. Some 4-year-olds may be ready for games in the 5–7 group as well.

Stack wooden toucans, monkeys, penguins, sheep, crocodiles, and snakes. The first player to stack all their animals wins! A roll of the dice indicates how many animals you can stack. A pre-Jenga stacking game that is fun for all ages.

The premise is simple: each player gets a bedroom board with spots for bed, lamp, teddy bear, and framed picture. Players take turns choosing random tiles to decorate their room, but if you get a monster tile instead, you yell, “Go away, monster!” and throw it into the monster pit. Bank on younger players wishing to get a monster tile rather than completing their room!

Parents who remember Scarry’s intricately illustrated picture books from their own childhood will especially enjoy playing this game with their kids. Load up your plane with Busytown characters and fly them to the beach, city, or mountains. The player with the most souvenirs wins.

Take tic-tac-toe to the next level in this simple-to-learn game where your silly-faced Gobbler can gobble up your opponent’s game piece to get three in a row and win. It’s officially for ages 5 and up, but many 4-year-olds can enjoy it, too.

Chicken Cha Cha Cha is a creative memory game with an element of chance built in. The objective is to collect a full set of tail feathers from other players—but only those who remember the images on the tiles will be able to move quickly around the board.

In this cooperative game, there is no winner and everyone works toward a common goal: scare the monsters back into the closet! Choose the card with the toy the monster is afraid of, before all four monsters surround the bed. Variations are given for different ages of players.

This age group will likely also enjoy some of the “younger games”, too.

Carcassonne is one of the most popular strategy board games anywhere, so it’s no suprise that My First Carcassonne is just as addictive. In the tile-laying game, children compete to complete roads and place all their pawns on the board. The somewhat complicated points system in the adult version of the game is absent here.

In this single-player logic game, you have to figure out how to get Red Riding hood to Grandmother’s house (and keep away from the wolf) using only five path tiles. There are 48 puzzles to solve, at varying levels of difficulty. With 3D playing pieces, it looks like a toy, but is deceptively challenging: the master-level puzzles may have even grown-ups stumped.

Help a gopher gather his food supply—carrots, apples, and acorns—in this simple but fun card game that takes around 10 minutes to play. The strategy lies in choosing whether to continue picking up cards or to stop while you’re ahead, so it’s got a bit of a gambling element.

Combining elements of luck and skill, Monza is a race-car-themed game where kids roll multi-coloured dice corresponding to colours on the board, then move their race cars forward to zoom over the finish line first.

Race to the Treasure

In this cooperative game from Peaceable Kingdom, all players work together to collect keys and build a path to the treasure, before the ogre gets to it first! It’s easy to learn and play. Ages 4 and up will likely enjoy it; older kids (7 and up) may start to lose interest.

Games for Ages 8 and up

At this age, kids can start to handle some simpler adult games.

In this card game, twelve queens (the Pancake Queen, the Starfish Queen, etc.) have fallen under a sleeping spell and you have to wake them up. Cards have different abilities: for example, a wand card sends a queen back to sleep, a king wakes a queen. Fun fact: the game concept was invented by a six-year-old!

As a little pig, build a house that no wolf can blow down. In this simple game, roll dice to add a door, a roof, and other elements to your house—and upgrade from straw to wood to brick. The stronger the house, the more points you earn toward winning the game.

Make different sushi combinations to earn points in this fast-playing card game with adorable illustrations. Decide whether you want to go for the high-scoring sashimi set or collect the most maki. Double your nigiri points with a wasabi card.  There’s a Sushi Go Party! version, too, with more menu tiles and combos, for up to 8 players.

In this spin-off on the popular Century board-game trilogy from Plan B, players collect and trade crystals, acquire action cards, and claim points cards to score victory points. It’s an excellent mix of luck and strategy that appeals to different ages since it’s easy to learn and play, but challenging to get good at.

Suitable for older kids and adults, this popular strategy game is simple to learn and delightfully challenging to play again and again. The USA board is probably the simplest for younger players. This is often called the “gateway game”—the board game that gets you hooked on so-called German-style games. From here, the sky’s the limit! 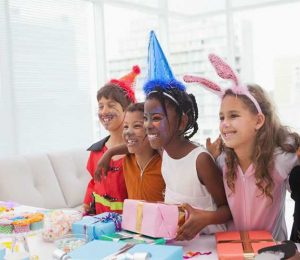 Keep kids entertained with these party games for kids ages 5 to 11. These 10 games are easy and inexpensive to… 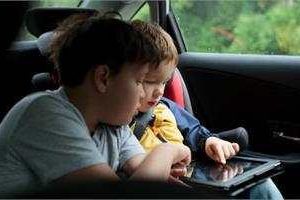 21 Travel Toys and Games for Kids

The best travel toys and games for young kids. Keep toddlers and younger kids entertained on long car trips this…