Planning New Year’s Eve was easy before we had kids. All that mattered was the location, the friends involved and the quantity of Champagne needed at midnight.

With kids, it’s way different. The crystal flutes and Riedel wine glasses might have to make way for sippy cups of milk and tumblers of OJ, but the upside is that you get to experience the joy and vicarious excitement of ringing in a new year with little people who only have a handful of these celebrations behind them.

1. Ring in the New Year early
By dinnertime on New Year’s Eve in Canada, it’s already New Year’s Day somewhere in the world, so you can cheat it a bit with young kids by celebrating a few hours early. Toddlers and preschoolers don’t really have a grasp on what midnight is, exactly, so you can still enjoy full-blown festivities with a pretend-countdown and get them to bed on time.

For older kids, simply fast-forward the clock and let them in on the game plan. Serve sparkling water or juice in acrylic flutes, put out party-style appetizers and finger foods, and blast music, too. Then countdown until “midnight” together.

2. Take a family photo.
Even though we’re in the era of the selfie and digital photos galore, you might be surprised how few photos you have of your entire family. On the website Aha! Parenting, Dr. Laura Markham suggests taking a family photo as a New Year’s tradition. “Frame these and put them on your wall. Your kids and their friends will love admiring the way everyone has changed over the years—but not as much as you will!” she writes.

3. Go ice-skating.
Ice rinks across the country host that most Canadian of winter activities, ice skating, on New Year’s Eve. In Toronto, the Harbourfront Centre is open right until midnight on New Year’s Eve for the Annual New Year’s Eve Skating Party, for those families wishing to get their skate on late at night.

If you’re lucky enough to live in a community with its own homemade skating rink, even better—you can rope in neighbours to join you in a new tradition.

4. Sign up for a polar bear swim.
Canada’s largest Polar Bear Dip for charity takes place in Oakville, Ontario, but lots of communities and cities host their own robustly attended versions as well. The kids might not be able to join in, but let’s face it, they’ll really enjoy watching you freeze for a good cause.

5. Attend a First Night celebration.
Originating in Boston in the 1970s, First Night celebrations have become a tradition in North America for families with kids. A First Night is an open-to-the-public party that might include music, dance, parades and even fireworks. One thing they always have in common is that they are family-friendly and alcohol-free. (Web search tip: Googling First Night + your city will yield lots of mishits, so be sure to add the term New Year’s Eve to your string of search words.)

6. Make a one-year time capsule.
A one-year time capsule is a fun idea for kids to contribute to and can become a treasured tradition. The bonus is you don’t have to store a capsule away for decades, and you don’t even need a box or any special airtight packaging, a big manila envelope will do seeing as you’ll open it in a year’s time.

Everyone in the family can contribute. Grown-ups might want to add a printout of a favourite family recipe, or a clipping from a newspaper or magazine. Kids can add a drawing from school, or fill in a colouring page especially for the occasion. Or, everyone can write up their own list of what they hope will happen in the upcoming year, or their favourite memories of the year that passed.

7. Go swimming.
If being outdoors with the kids on a chilly evening is not your thing, head to a swimming party in your neck of the woods. The City of Calgary hosts a family pool party on New Year’s Eve, for instance, where DJs will play music, crafts and treats are on offer, and the whole family can enjoy the wave pool. Community centres in many communities hold them, be sure to check if you need to pre-register.

Helen Racanelli is a Help! We’ve Got Kids contributing writer. You can follow Helen on Twitter @helenrac. 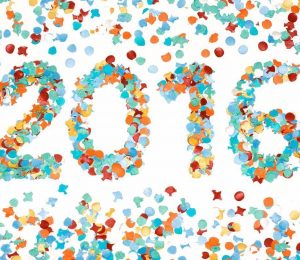 Wondering what to do on New Year’s Eve? You could stay in, but public transit is free and so are many events throughout… 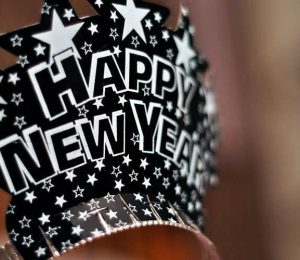 The best New Year’s Eve 2015 events for families in Toronto. Kid-friendly things to do all over the GTA! 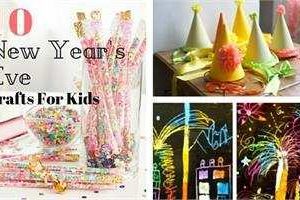