How often do you head to your streaming platform of choice, excited to find something to watch, only to get lost in the endless stream of choices? You spend the next couple of hours digging through every show, movie and documentary on the platform, not sure what it is you want to watch.

It’s even worse when you’re looking for something to please your kids—there’s so much out there, and so much that they’ve already seen. You want to find something that they’ll love and will keep them entertained.

We’re breaking down all the new releases coming the Netflix, Prime, and Disney+ this month that are perfect for the whole family.

The OG streaming platform, Netflix, has a great family section that they keep chock full of amazing series and movies for kids of all ages.

The 1992 family classic, Beethoven, is about a huge St Bernard that is given all the love and care from his adopted family. He’s living a good life until Dr Varnick, the family vet, tried to use Beethoven in a series of deadly experiments. Rated PG.

The award-winning film, Coraline, centres around an adventurous girl. When Coraline walks through a secret door in her new home, she discovers a strangely idealized version of her frustrating home, but it has sinister secrets. Rated PG.

For the older kids in your home, the 1990s version of Teenage Mutant Ninja Turtles is a must-see. It’s the classic story of a quartet of humanoid turtles, trained by their mentor in ninjitsu, must learn to work together to face the menace of Shredder and the Foot Clan. Rated PG-13.

Kipo and the Age of Wonderbeasts (Season 2) – June 5

A Netflix original, Kipo is a sheltered girl who gets a crash course in survival when a mutant attack sends her to the surface, far from the safety of her underground home. Rated TV-Y7.

This sitcom focuses on Alexa, who is undergoing cancer treatment while trying to survive high school. She tries to stay positive with a little help from her best friend, Katie. This show deals with some big issues but in a way that is accessible for kids of all ages. Rated TV-G.

Amazon Prime’s streaming platform has a lot to offer for kids—and they currently have a large library of kids content that is available without a Prime membership. Here’s what’s coming to the paid service this month.

In this stop-motion-animated fantasy comedy, a young orphaned boy raised by underground cave-dwelling trash collectors tries to save his friends from an evil exterminator. The Boxtrolls comes from the makers of Coraline. Rated PG.

While this is not technically a kids show, The Great Canadian Baking Show is the perfect cooking show to share with your whole family. Ten amateur bakers from across Canada compete in challenges—unlike a lot of other reality shows, competitors really care for one another and support each other. Plus you get to see some drool-worthy desserts. Rated TV-G.

A Beautiful Day in the Neighborhood – June 18

It’s time to get nostalgic. Based on the true story of a real-life friendship between Fred Rogers and journalist Lloyd Vogel. Make it a whole experience by watching a few episodes of Mr Rogers—especially if your kids have never had the pleasure of seeing it before. Rated PG.

Thank goodness for Disney+. Really, there isn’t much on here that our kids wouldn’t be happy to sit down and binge-watch (if we let them!). And yet still they have all kinds of fun, new programming coming to the platform each month. Here are our picks for the shows and movies for kids.

Cute animals, fun tricks, and Howie Mandel… need we say more? And with two full seasons available, your kids can enjoy the show for a while! Rated TV-G.

When two best friends land after-school jobs they get the thrill of a lifetime. Working at a secret hospital for superheroes, they discover that their favourite characters are real—and living in their neighbourhood. Rated TV-Y7.

Based on the book series of the same name, Artemis Fowl is descendant of a long line of criminal masterminds and at only 12-years-old, he’s a genius. He finds himself in an epic battle against a race of powerful underground fairies who may be behind his father’s disappearance. Rated PG.

If your kids love the classic Disney movie, they’ll love watching the show that follows three Dalmatians, Lucky, Rolly, Cadpig and their chicken friend, Spot. They work together to defend their new home from Cruella DeVil and have all sorts of crazy adventures along the way. Rated G.

If you have a Frozen fan in your house, give them their next fix of Elsa and Anna with this making-of documentary. 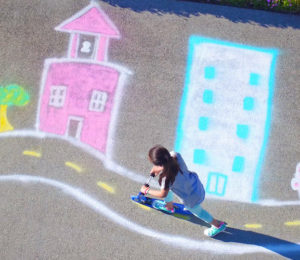 Listen, there’s no shame in occupying kids with screens sometimes—especially now since COVID-19 has us… 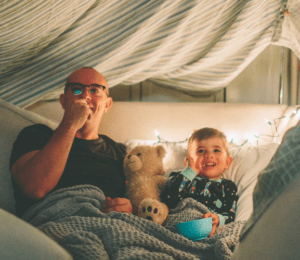 Shake Up Your Routine With These 6 Fun At-Home Events

We’ve been under social distancing restrictions now for almost 10 weeks. And while we are getting used to our… 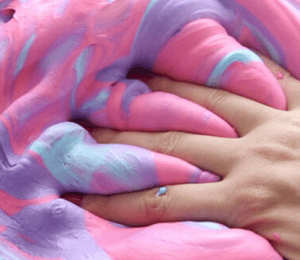 Are your kids getting tired of the same old online science lessons? Are you looking for a fun way to re-engage…